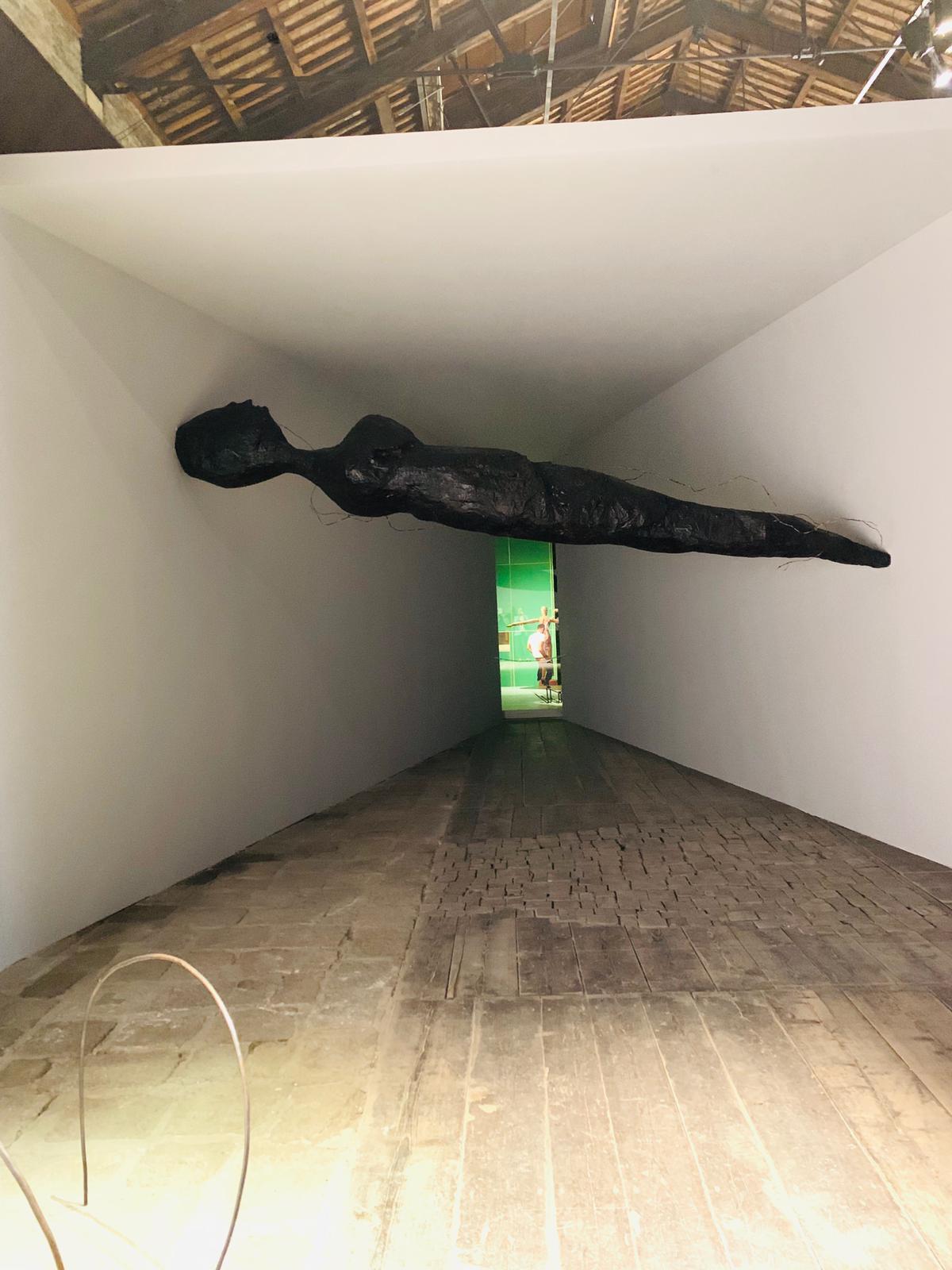 Milovan Farronato
The challenge to the Labyrinth

This is Milovan Farronato (Piacenza 1973 – lives and works in London) the curator appointed to lead the Italian Pavilion at the edition of the 58th Venice Biennale.

Current director and curator of the Fiorucci Art Trust for which he created the Volcano Extravaganza festival held every year in Stromboli since 2011, Farronato has an international profile that boasts excellent collaborations and numerous curators in prestigious public and private spaces, among which the Pomodoro Foundation of Milan, Arario Foundation (Seoul, Beijing, New York), the Serpentine Galleries, the Milan Triennial e la Istanbul Biennial stand out; He followed the artistic direction from 2005 to 2012 of the non-profit space Viafarini and curated it at the DOCVA (Documentation Centre for Visual Arts in Milan).

He has also worked with artists of the calibre of Ugo Rondinone, Yayoi Kusama, Roberto Cuoghi, Katharina Fritsch and Lucy McKenzie; noteworthy resume of a curator who has the appearance of a glam rocker free from various schemes that promises to bring a breath of freshness and internationality into the project.

“The Challenge to the Labyrinth” is the theme chosen by Farronato to represent Italy: inspired by the essay by Italo Calvino published in 1962, the curator takes up the great symbolic value of the labyrinth to talk about the complex and confusing historical period we are living through.

The labyrinth is a vast literary theme that has inspired mythological stories and fascinated great thinkers like Jorge Luis Borges or, indeed, Calvino.

Venice, with its intricate maze of streets, is a labyrinth city by definition and therefore the perfect setting to stage the indeterminacy and infinite possibilities of life: therefore, in line with the theme of this 58th Biennale “May you live in interesting times”, a title that evokes the feelings of uncertainty and disorder.

The theme was interpreted by three Italian artists of international renown: Enrico David, Liliana Moro and Chiara Fumai who, despite being very different from each other, have artistic paths marked by a strong spirit of research.

Enrico David (Ancona 1966, lives and works in London), had already been invited to the 2013 Biennale by Massimiliano Gioni, on the occasion of which he had brought a large installation composed of paintings, tapestries and sculptures.

Selected for the Turner Prize in 2009, David has exhibited all over the world: his personal exhibition at the New Museum in New York in 2012 is unforgettable.

In this edition of the Biennale, he will present unpublished works, expressly conceived for the exhibition, and reworked works for the occasion.

Also Liliana Moro (Milan 1961) has already participated in the Biennale while very young, in the Open section of the Biennale curated in 1993 by Achille Bonito Oliva.

Liliana Moro is one of the best-known Italian artists abroad and has had an international career right away.

Her research focuses on the staging of reality in a cruel and poetic vision that combines sculpture, installation, performance, sounds, words, objects.

Among the most important fairs, she participated in Documenta IX Kassel in 1992, in the Open XLV section at the Venice Biennale in 1993.

Liliana Moro will also present the works that have never been exhibited or the works of the past.

Chiara Fumai (Rome 1978 – Bari 2017) will be represented through an unpublished project composed of documents and correspondence.

Her presence can be read as a sort of homage to the artist who died prematurely, among the most promising of the Italian scene.
Chiara Fumai has always favoured performance as an expressive medium, often accompanied by disguises, dj sets; the role of women was one of the main themes, within a strong feminist critique, also in relation to the art system.

She participated in Documenta 13 in Kassel in 2012 and was invited by institutions such as the MAXXI in Rome, the Bevilacqua La Masa Foundation, the Jeu de Paume in Paris.

The layout of the Pavilion and the works on display emphasize the non-linearity of life, the doubt, the intricate trajectories, the disorientation, the complexity of the system of rules that determine space and time and the precariousness of current life.

The public is therefore the true protagonist, the creator of a personal dialogue with the works.

The path is irregular, several exhibitions coexist that leave the visitor free to build his own path, to get lost and even to go the wrong way. At the entrance there are two doors that invite you to the first choice: go to the right or to the left? (On the right a work by Liliana Moro which contains her entire career, left a diorama by Enrico David).

The Italian Pavilion was able to count on the allocation of a budget of 1 million and 300 thousand euros, of which 600 thousand provided by the Ministry and 700 thousand by the sponsors, involved thanks to the mediation of the curator who fielded his collaborations with the major brands of the world of fashion and more. In particular, the presence as main contributor of Gucci, FPT Industrial and Nicoletta Fiorucci Russo, already patron of the Fiorucci Art Trust project directed by Farronato. The technical sponsors are Gemmo, C & C-Milano and Select Aperitivo.