Openings of all exhibitions at Palazzo Reale suspended until further notice 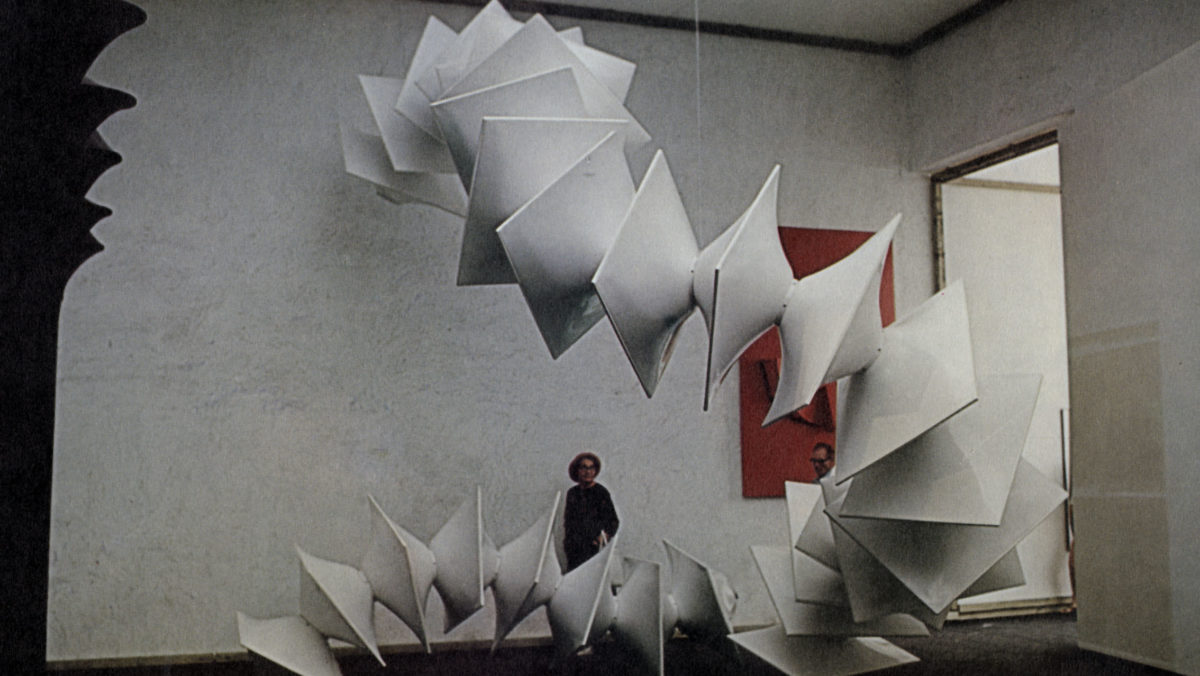 Following an accident that occurred on July 9, a day before the birthday of the great master Agostino Bonalumi, the opening of the exhibition dedicated to him has been postponed.

“Bonalumi 1958 – 2013” presented by Palazzo Reale in Milan is the first major anthology on Agostino Bonalumi and aims to retrace his steps from the beginning until the passing in 2013: there are 120 works on display, the most significant of the entire production of the Milanese master, who became one of the greatest abstract artists of the twentieth century.

Famous for everted and monochrome canvases, Bonalumi began his artistic career / took his first steps in art in 1958 with Enrico Castellani and Piero Manzoni with an exhibition at the Galleria Pater in Milan, which was followed by other exhibitions in Rome and Lausanne.

Recently the artist has achieved an international rediscovery and revaluation, also thanks to the large exhibition organized in 2013 by Robilant + Voena in London; subsequently in 2015 the catalogue raisonné published by Skira gave further stability to the auction prices.

The retrospective exhibition “Bonalumi 1958 – 2013” should have been inaugurated in a few days, but during the staging, his historic assistant and right arm Luca Lovati – 69 years old – fell from a height of three meters.

The accident seems to have happened due to an illness that suddenly caught Lovati, while he was at the top of a ladder in an attempt to place a work.

This is the sculpture Modular white structure, an installation composed of square modules in fiberglass, exhibited for the first time at the XXXV Venice Biennale in 1970 in a personal room entirely dedicated to Bonalumi.

The structure is part of a group of three large installations that characterize the exhibition itinerary of the Palazzo Reale exhibition: together with the white modular structure, it is possible to admire the Habitable Blu, a work of environmental painting, and the third work presented in 2003 at the Institut Mathildenhöhe of Darmstadt in Germany, consisting of a very large wall.

These large installations, artistic typology often not easy to set up, presuppose a great knowledge of the artist’s work and a technical mastery that not everyone possesses: Luca Lovati, restorer and owner of the fitting company, had collaborated for a lifetime with Bonalumi, he knew every detail of the artist’s work and probably for this reason he had decided to climb this ladder personally.

Following the accident, the Prosecutor’s Office opened a file to clarify the incident and understand if the law on safety at work was violated and if all the necessary precautions had been taken during the preparation.

As a sign of condolence from the city of Milan, the inauguration of the exhibition “Pino Pinelli Painting beyond the limit” was also suspended. It had to take place on the day of the tragedy. The Sicilian artist (Catania 1938), master of Analytical Painting, seeks the overcoming of the shape-painting by resorting to monochrome to find the sensitive value of color. Established internationally, the artist is part of that artistic movement that since the 1960s has been seeking the destructuring of the painting as a physical-spatial limitation.

We express deep condolences to Luca Lovati’s family for the tragic loss.

Cover image of the work presented at the Venice Biennale in 1970, on which Luca Lovati was speaking.